NEXT GENERATION, Made in Macedonia, Sara Stanoeska 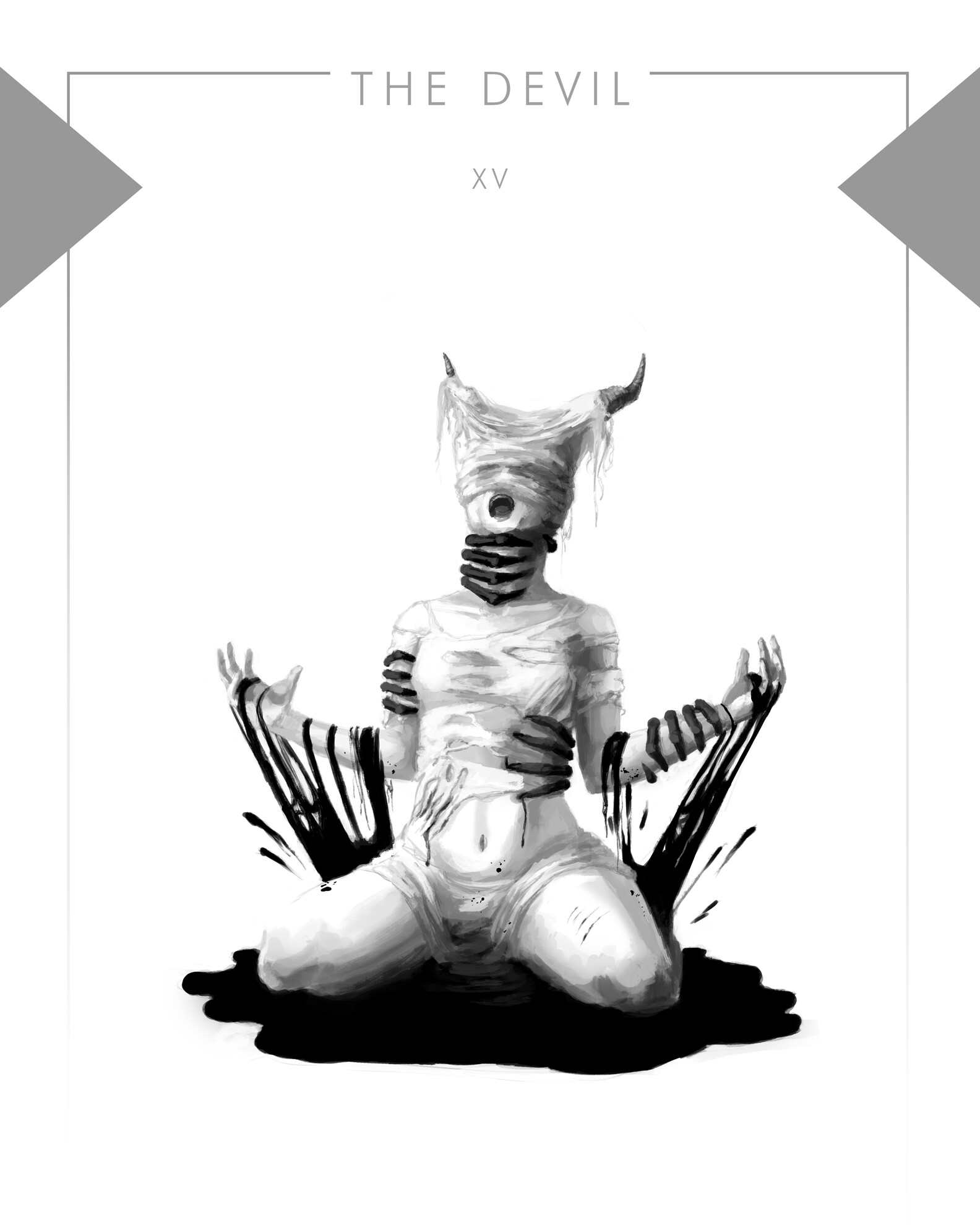 NEXT GENERATION, Made in Macedonia, Sara Stanoeska

The tarot is a pack of playing cards, used from the mid-15th century in various parts of Europe to play games such as Italian tarocchini, French tarot and Austrian Königrufen, many of which are still played today. In the late 18th century, some tarot decks began to be used for divination via tarot card reading and cartomancy leading to custom decks developed for such occult purposes.

Sara is a student, graphic designer and self-taught artist who designs tarot cards. Why tarot?

I wanted to start a project through which I would simultaneously explore my personal interests, as well as focus on developing a certain skill. The Tarot deck allowed me to delve into the Jungian aspect of their symbolic interpretation, through which I made an attempt at visually bringing out the shadow, a.k.a. the archetype of the unconscious. From a technical aspect, the way I chose to illustrate the cards (grayscale, anthropomorphized representations that look like stone sculptures blending into the white background) allowed me to focus on studying light and values.

Do you consider yourself to be “creative”?

It is my belief that creativity is a skill all humans have and use all the time. Whether it is how we imagine spending our day, what we expect from a situation, or what we convince ourselves we are capable of – creativity doesn’t just exist in the narrow definition of artistic expression. We are all creative.

What are you working on at the moment, what inspires you, excites you?

At the moment, I am taking a break from finishing the tarot deck, and in the meantime I want to experiment with making bolder choices with color and lighting while painting. I can find inspiration in pretty much anything, given the right context, but I consider nature to be the main muse for my creative ideas.

How do you know when a piece is finished?

I think the answer to that lies more in the question of how a piece starts in the first place. And for me, I always start out with a feeling, an idea I’d like to convey that later on takes shape while I’m working on it. If you decide exactly what to make beforehand, the piece feels empty and artificial. Then, it’s just a matter of systematically going through the technical phases until what comes up on the page/canvas materializes into reality.

Do you think that artists have the power to change the world through art?

Art has a very powerful say in what humans are exposed to on the daily and with that, what becomes ingrained in the subtleties of our (local and global) culture. And those subtleties are what later on subconsciously dictate the way we perceive what is “normal”, what is “good”, what is “beautiful” or “acceptable”. So yes, I do think art and the way we communicate with it has that power, not necessarily the artist themself.

How would you describe your approach to design?

I do my best work when I take an intuitive approach. Thinking too much about something and picking it apart helps me understand things that already exist, but when I create, it usually comes from a place of how I feel about a subject, what I associate with it and how I imagine a certain audience would relate to it.

Who or what is the greatest influence on your way of thinking?

Media I consume, artists I admire, and my general spite of outdated ways of thinking. Questioning everything and deciding what makes sense agreeing with and what doesn’t.

What’s your greatest skill and what have you done to develop it throughout the years?

In a technical sense – painting (digital and traditional), because it’s the medium that corresponds best with the way I visually think and imagine. I’ve never had a formal artistic education so I rely on actively seeking out inspiration, tutorials and advice from more experienced artists. Being hyper-aware of my weaknesses helps me target what I need to work on improving next. And then, basically, just putting in the hours of practice and work.

More information about Sara you can find on her ArtStation account.